Americans Are Wary of Being Alone With the Opposite Sex: Many men and women are wary of a range of one-on-one situations. Around a quarter think private work meetings with colleagues of the opposite sex are inappropriate. Nearly two-thirds say people should take extra caution around members of the opposite sex at work. A majority of women, and nearly half of men, say it’s unacceptable to have dinner or drinks alone with someone of the opposite sex other than their spouse. 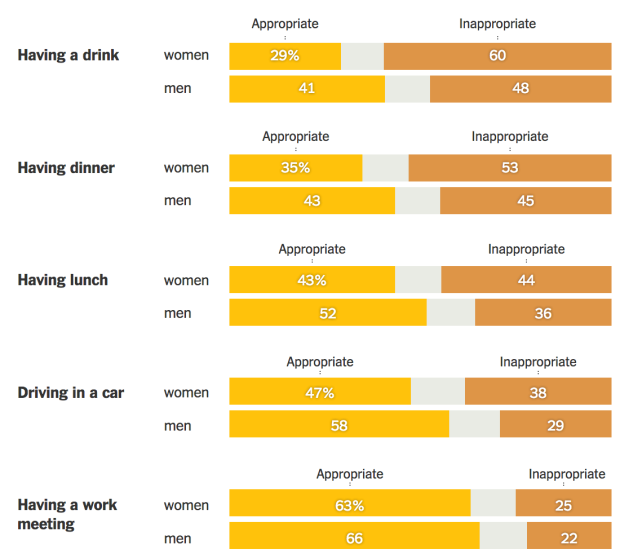 Source: Morning Consult survey of 5,282 registered voters, conducted May 2 to 5. Questions were shown in random order. The grey bar represents those who said they did not know or had no opinion.

Do Millennial Men Want Stay-at-Home Wives? Fewer of the youngest millennials, those aged 18 to 25, support egalitarian family arrangements than did the same age group 20 years earlier. The proportion of young people holding egalitarian views about gender relationships rose steadily from 1977 to the mid-1990s but has fallen since. In 1994, 83% of young men rejected the superiority of the male-breadwinner family. By 2014 that had fallen to 55%. Increased support for male leadership in home life among 18- to 25-year-olds may reflect an attempt to compensate for men’s loss of dominance in the work world. 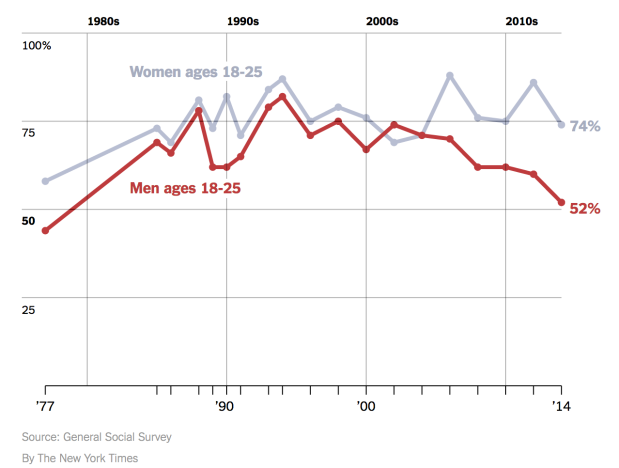