CONNECTED ISOLATION: One of the paradoxes of technology is that it connects us and isolates us at the same time. We get more, faster, but cannot help wondering if that is always better. We have more to read and more to watch, more to learn and more to transact, more friends and more followers — and yet we can somehow feel less satisfied.

The teenage quest for a car has been replaced with the need for a smartphone. It is easier to communicate via smartphone than to get in a car to drive somewhere to actually talk to someone in person.

DUAL MONITORS: In a switch that amounts to heresy among some techies, I turned off the extra screen on my desktop computer. With a single screen that couldn’t accommodate too many simultaneous stimuli, a screen just large enough for a single word processor or browser window, I found something increasingly elusive in our multiscreen world: focus.

WEST V. EAST: Germans queue up; Chinese just overcrowd you. German tan is beautiful, Chinese tan not so much.

How to Stand in Line – German v. Chinese (Yang Liu) 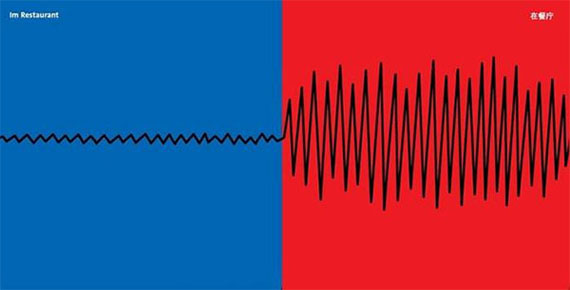 Noise at a Restaurant (Yang Liu)

28 MUST-EAT SANDWICHES FROM AROUND THE WORLD 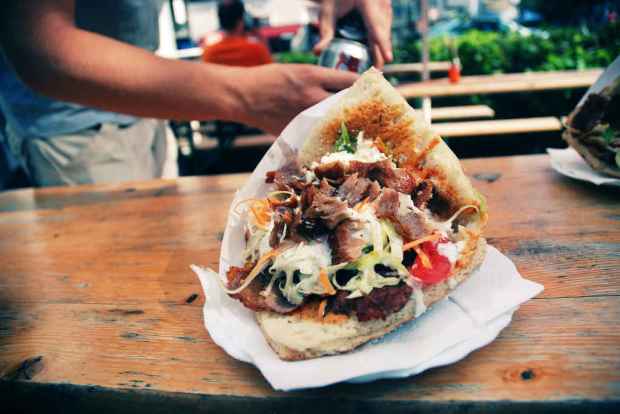 ADDICTIVE GAME FAILURE: Difficult games are popular in defiance of any expectation that people have an appetite for easy entertainment, and against the march of the medium’s own history. The popularity of video games is proof that people enjoy having problems. Apparently life isn’t tough enough for those of us who seek amusement in failure’s premiere form of entertainment.

Like many games, dating back to Tetris or Pac-Man, there was no way to win Flappy Bird. Success was measured by delaying failure, in staying alive as long as possible. Flappy Bird was so tough that a standard session would last little longer than a bull ride.

COOL BIKE GADGETS: The most common mistake new cyclists make is not riding predictably. People who are afraid of getting hit from behind by a car will often do things like ride on the sidewalk or ride against traffic, which actually increases the danger that they will get hit by a motorist who doesn’t see them. Fear is a cyclist’s worst enemy.

SEXISM – Middle East v. Latin America: The veil, for many, is a symbol of female oppression; the right to wear a bikini, one of liberation. But underneath the sartorial differences, the Middle East and Latin America’s most famously immodest country both impose their own burdens on women with the way they are treated and perceived.

On the left: Women wearing burqas walk by the Gulf of Aqaba in Jordan in 2006. Right: Women in bikinis visit a beach in Rio de Janeiro in 2013. (Marco Di Fabio and Nelson Almeida/Getty Images)

SEX TRAFFICKING ECONOMY: Atlanta’s underground sex market was the most lucrative, raking in $290 million in 2007. Money spend on illicit sex in DC and Miami went down between 2003 and 2007, to $103 and $235 million respectively, while more than doubling in Seattle to $112 million.

ATTRACTION: When men become fathers, their testosterone levels drop, thus reducing their sex drive. There’s some evidence that it’s the smell of their own infants (but not other people’s infants) that sets this off.

Women, meanwhile, have different tastes at different times in their cycles. During ovulation, according to some research, they prefer ruggedly handsome and risky men, while at other times they are more drawn to pleasant-looking, nice men.

WISDOM: Wisdom consists of three key components: cognition, reflection and compassion. While younger people were faster in tests of cognitive performance, older people showed “greater sensitivity to fine-grained differences. One must take time to gain insights and perspectives from one’s cognitive knowledge to be wise (the reflective dimension). Then one can use those insights to understand and help others (the compassionate dimension). Wise people are able to accept reality as it is, with equanimity. If things are really bad, it’s good to be wise.

True personal wisdom involves five elements: They are self-insight; the ability to demonstrate personal growth; self-awareness in terms of your historical era and your family history; understanding that priorities and values, including your own, are not absolute; and an awareness of life’s ambiguities.

A 106-year-old woman sits in front of her home guarding it with a rifle in Armenia. (UN Photo/Armineh Johannes)

TEENAGERS SLEEP IN: A movement to start high schools later has gained momentum, bolstered by a growing body of research on the adolescent body clock. Many schools are pushing to start the first class at 9 AM instead of as early as 7:20 AM.